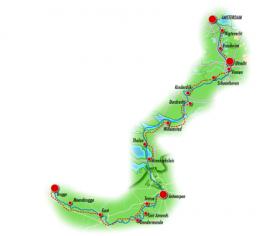 Eating and drinking
This tour includes full board (no dinner in Antwerp). In the mornings, you will receive a hearty breakfast, in the evenings we serve three-course meals. For the bike tours we provide you with packed lunches.

Cruise from Holland to Flanders

Boat and bike tour on MS Magnifique II from EUR 1329 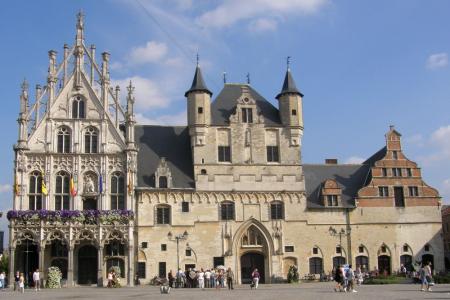 The Netherlands and Belgium aren’t particularly large; therefore a tour between Amsterdam and Bruges by Boat & Bike is easily manageable in a week. Find the similarities and differences between the reformed States General and the Catholic-Spanish Netherlands. Explore countless UNESCO world cultural heritage sites, from individual noteworthy buildings to entire townscapes. You will never be far from the water, whether in the form of canals or the North Sea, which you can access from municipal beaches. This Cruise from Holland to Flanders by boat & bike starts in Amsterdam.
Here you can find details about the MS Magnifique II.

Day 1 Arrival in Amsterdam
Embarkation from 2 pm. Discover Amsterdam by day and by night.

Day 3 Bike tour Vianen - Kinderdijk, 32-56 km/20-35 mi
Through the silver town of Schonhoven to Kinderdijk, a village which hosts a large concentration of drainage windmills, which has been declared a UNESCO world heritage site. Overnight stay in Dordrecht.

Day 4 Bike tour Willemstad - Tholen, 36-44 km/23-28 mi
Cycling tour to the picturesque town of Tholen. Then, your ship will take you onwards through the Kreekrak locks to Belgium, right into the centre of the diamond city of Antwerp.

Day 6 Bike tour St. Amands - Ghent, approx. 52 km/32 mi
First, the river Schelde takes you through typically Flemish villages. Later on you will reach Ghent, once known for its wealth and elegance with its cathedral and magnificent town houses.

Day 7 Bike tour Ghent - Bruges, 22-45 km/14-28 mi
Cycle along the Ghent-Oostende Canal until you reach Bruges, which is also known as the ‘Venice of the North’ and is a UNESCO world cultural heritage site.

Day 8 Departure
After breakfast your cruise from Holland to Flanders by bike & boat comes to an end.

Here are the details on MS Magnifique II.

Included in "Cruise from Holland to Flanders":

Arrival to the tour "Cruise from Holland to Flanders":